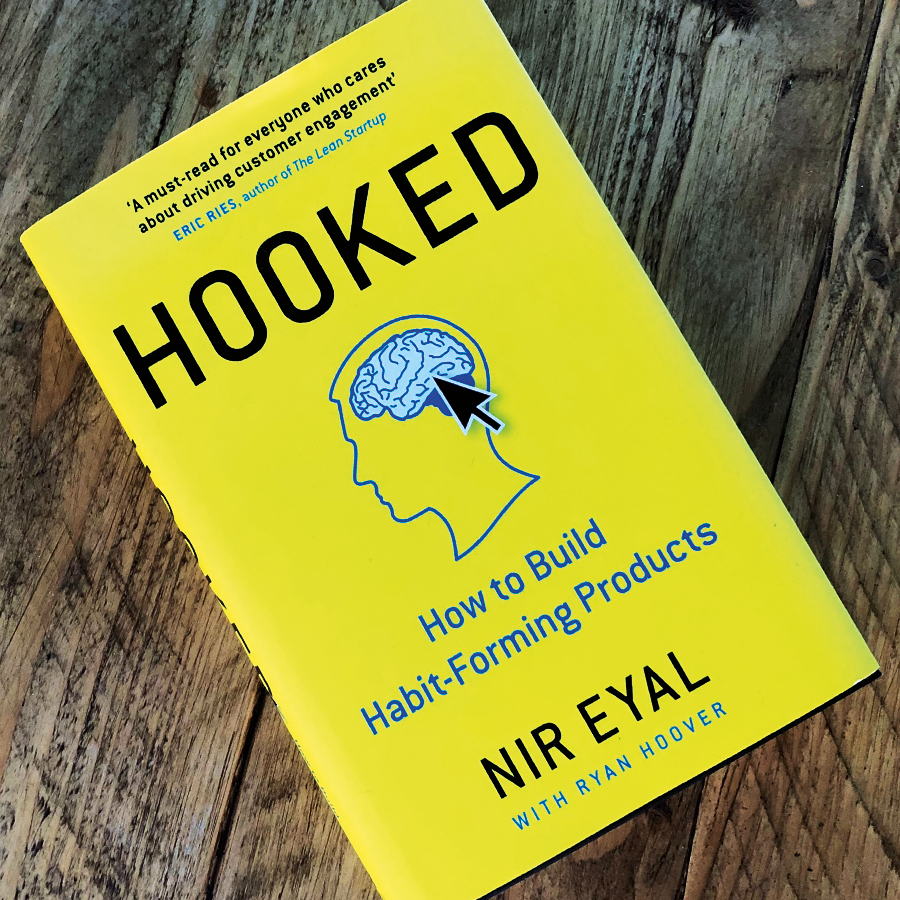 My alarm goes off, I reach for my phone to turn it off, blink blearily at the screen and then before I know it flick across to Twitter… some American pal replied to me whilst I was sleeping. As I wait for the bus into town my hand reaches for my phone, I swipe through some Instagram posts before boarding it as it pulls up.

These little interactions we do start to invade our lives. Any moment when we are not doing something we reach for our phones and often we do it even when we are mid conversation or focusing on a task!

Thankfully I managed to avoid these habit induced activities long enough to read ‘Hooked’ by Nir Eyal. In this book he discusses the tactics employed to create habit forming products.

The main premise of the book is discussing the hook model. And how it has allowed some of the biggest companies around like Facebook, Youtube and Snapchat to amass such a large following.

The Hooked model builds on the habit loop originally defined by Charles Duhigg who wrote The Power of Habit (another great book). It is made up of 4 zones, Trigger Action, Reward and Investment. A user interacts with your product because of a trigger, be it internal or external. Then does something on your product, ideally the easier and simpler the better. After performing this action the user is rewarded, not with the same thing every time but with variable rewards which build desire. Finally the user invests some time and effort in your product which help to increase its perceived value to them and as a fortunate by product tailors the product or service even more which reinforces the loop.

Whether you are clicking a link, pressing like or swiping right the action needs to be easier than thinking. A habit is a behaviour done with little or no conscious thought. Products will use things such as things such as the the scarcity effect, often used by hotel sites and framing, suggesting more expensive products must obviously be better.

“Feedback loops are all around us, but predictable ones don’t create desire.”
Tests with mice were used where they pressed a trigger and the reward was food. In the cases where the food didn’t always come when they pressed the mice pressed far more often than when the food reward was reliable. This works with us humans too and so variable rewards will keep the user performing actions for longer, if the reward stays the same the user begins to anticipate it and lose interest.

The more users invest time and effort into a product or service, the more they value it and increases the odds that the user will continue to use the product. This could be time, often data or even money. Just look at Farmville, that employs all three!

There are of course examples of products and services that do not employ the hooked loop and are still amazingly successful. Google being a great example, in this case a variable reward when performing the action of searching would be detrimental to the service, you don’t want to find your result only occasionally 🙂

Normally I would associate things like this with the dark patterns that sites sometimes use to lure you into a purchase but it should be noted that the author does talk about keeping to ethical practices even while getting customers “hooked.”

Reading the book itself became like a mini version of the hooked loop as I was reading a chapter before bed each night. The habit was quickly set.. Into bed, check alarm, grab book.. The action of reading, the variable reward of the new information I received and then the investment of considering how I could use it in my day to day web design work.

Although the book came out 4 years ago, unlike web tech it is still just as valid and definitely should be on the reading list of anyone working on digital products or services.