Facebook itself no longer requires an introduction, but its advertising platform may well do. Facebook Ads, like most other online adverts, are small banner-style images with text and a call to action to a product, landing page, social profile etc. Though Facebook is the largest and most used social media platform available today (in fact, roughly 2 billion of us actively use Facebook every month. That’s over a quarter of the entire planet, jeez!), not everybody is aware of Facebook advertising, or is simply not convinced that it would be effective for their market.

During the 2016/17 presidential election campaign, Donald Trump’s team used Facebook so effectively that they now say they could not have won the presidency without it. Spending approximately $85 million on digital advertising with the lion’s share of this being on Facebook Ads (according to the BBC’s ‘Secrets of Silicon Valley’) with over 150,000 different advert variations they were able to reach almost every single potential voter through the platform with a tailored advert that would be much more likely to generate a user click through.

The cost of a Facebook Ad campaign is relatively cheap for the potential reach your advert can ascertain. With costs as low as 25p per click the ROI potential is huge, though it is important to thoroughly research your target demographic before launching else you’ll be throwing your marketing budget down the drain targeting the wrong users.

If Facebook Ads can help to win Donald Trump the 2017 election, just think how powerful a tool they can be as a part of your company’s online marketing strategy. Whether you’re targeting elderly couples for river cruises, young teens for the latest trends or managing directors, your target market IS on Facebook (maybe not babies/children but shh, remember 2 billion of us are) and with complete control over your campaign’s budget, there’s no need to worry about the expense.

Find out more about how Sixth Story can help drive your digital marketing strategy in a new direction or improve on your current solutions here.

In the meantime, here are a few of our favourite Facebook ads for you to check out. 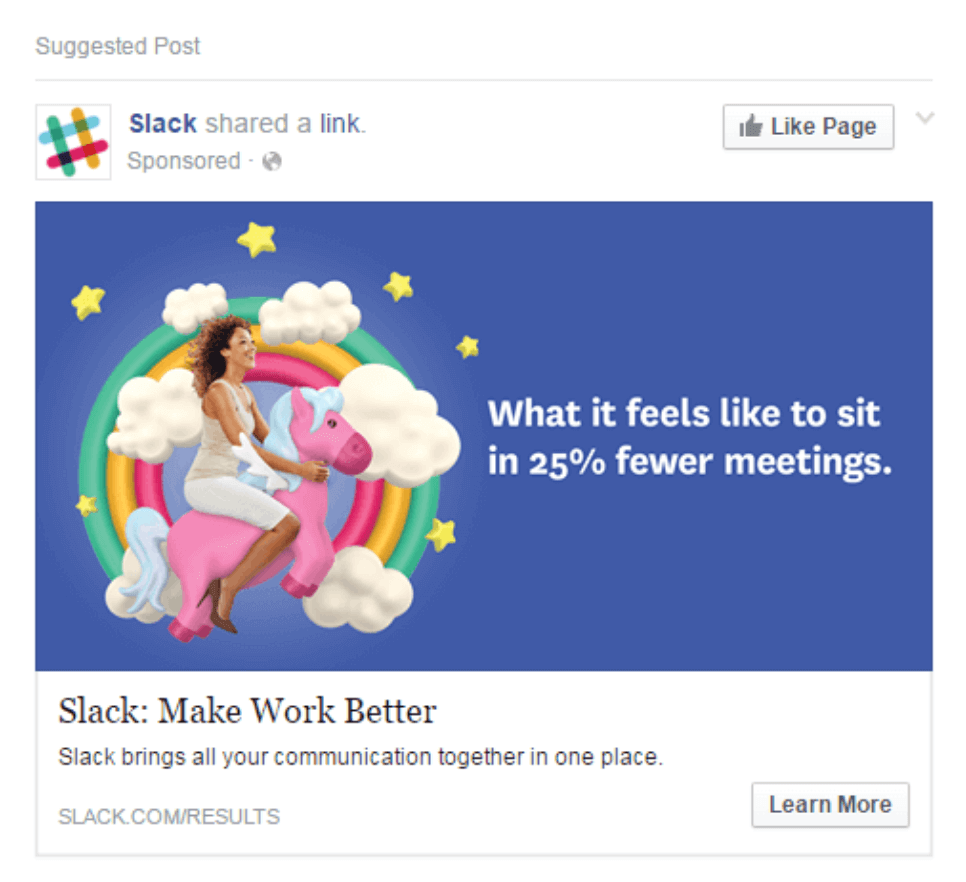 So here’s something a little different. It’s definitely not your average Facebook ad! Creative ads catch people’s attention and are more likely to make people share them with their Facebook friends. If you don’t already know, Slack is basically a B2B business but this ad definitely draws a lot of people’s attention. We’re already big fans and users, but if we weren’t I think we would be looking into it after seeing this ad! 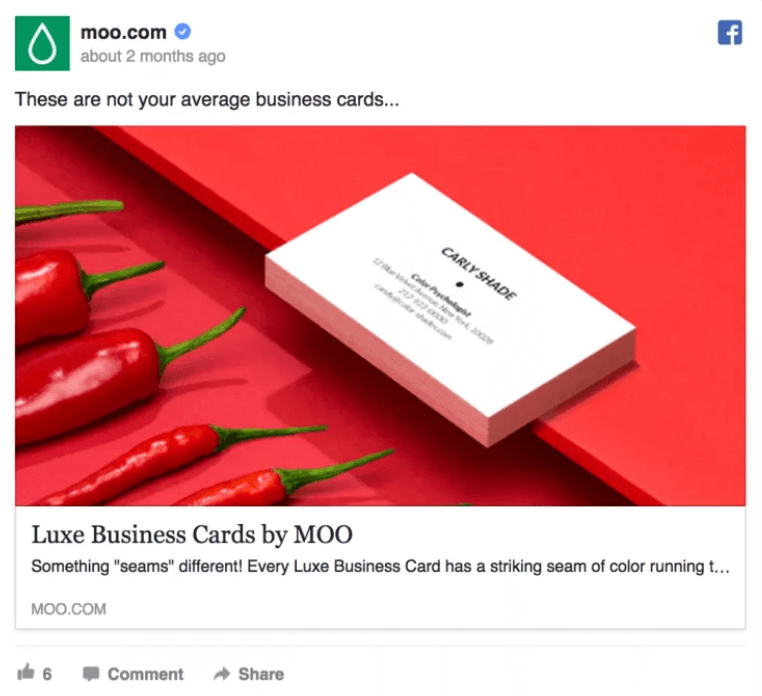 It’s simple, right? Scrolling through your Facebook news feed and this one is bound to catch your eyes immediately through the colour alone. It’s also simple, your eye is drawn to their product and the headline? That clearly states what moo is selling.  Using an original photo or animation may seem obvious to some but it’s one of the easiest and best ways to catch people’s attention whilst showing off your products and staying true to your brand, and that’s not always as easy it sounds on Facebook! 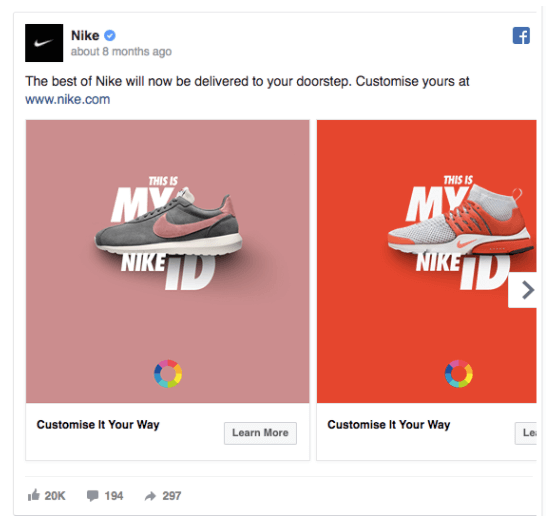 The use of a few different colours is nothing new but it feels refreshing when there can be a lot of dull Facebook posts. The use of high-contrast colours in ads helps to draw attention more attention to an ad and the white font stands out against the plain background. Although an entire Facebook ad is clickable, some people might be unaware. Having another click to action, in this case, the website in the ad copy is a potential call-to-action and will probably make people remember the link a little longer. Finally, it’s a carousel ad. This can increase the click-through rate as there is more to see without it having the feeling of being another Facebook ad. As you can upload up to 10 images, there’s more chance of someone seeing an image that will resonate with them. 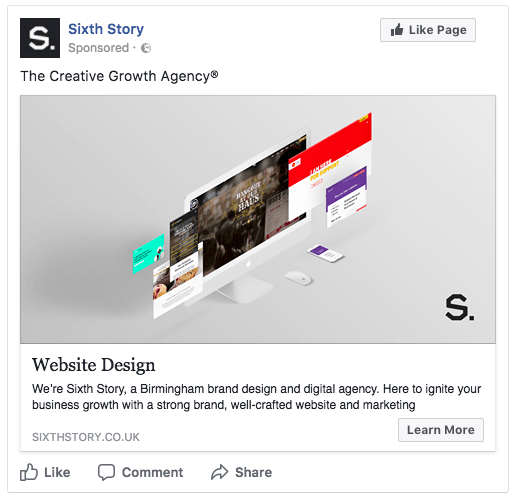 Yes, we know, this our own Facebook but hear us out. There are a few key points here just so you know we don’t ignore our own advice. So we know Facebook ads can be powerful and their reach can be undeniable. This is our most recent Facebook ad. We hope it’s simple and eye-catching enough with the contrasting colours against the plain white background. There’s a clear enough message too about who we are and that our ad is there to tell you about what we do and how we can help build bespoke websites for your business growth. The best part? You don’t need to throw thousands of pounds at an ad either for it to have a lot of results and reach thousands of potential new customers.